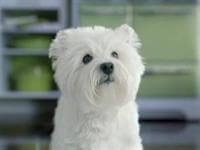 In the country from which the breed derives its name, the Afghan hound is regarded, though unofficially, as the ‘national’ dog. Native Afghans also uphold the belief that the Afghan is the dog portrayed on the cave walls in the northern province of Balkh, which is why the Afghan has also been called the Balkh Hound. The Afghan hound is a sight hound, rather than a hunter by scent. It has exceptional vision and great speed, both of which were used in the hunt for prey.

Its thick, luxurious coat protected it against the extreme cold of the upper snow regions, while also shielding it from the merciless sun as it roamed the desert. Its huge thickly padded paws and powerful hindquarters gave the Afghan hound equal ability to skim across hot desert sands or to scale rocky hilltops in mountainous terrain. 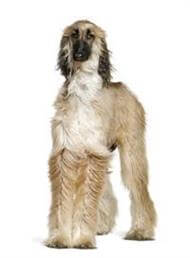 Average Size
A dog in good condition should be 60cm to 64cm for the female and 70cm to 74cm tall for the male.
In peak condition the female should weigh up to 25kg and the male 30kg.

Breed personality, characteristics & temperament
The breed is said to have a good, but aloof personality. These dogs are loyal and extremely manageable as adults, however, this is not to say that as puppies they do not have ‘their moments’. On the whole, though, this is a breed that is extremely good with children, whether introduced to the home as a puppy or an adult, and it will adapt readily to the household routine. Afghans should never be off the lead outside their own environment because once the eyes spot a target, the ears ‘switch off’.

Compatibility with other pets
As adaptable as Afghans are, they do need to be brought up among the animals they will spend time with. Remember they were bred as sight hounds and instinct will dictate their behaviour when confronted with strange animals they do not understand. Having said that, once accustomed to a situation, an Afghan will readily adapt.

Care requirements
Well-fenced enclosures are a must for this breed, as their keen sight will often get them into trouble otherwise. They require regular coat maintenance, bathing and exercise. They need appropriate feeding to cope with their growth patterns as youngsters and they should always have fresh, clean water available

Ideal owners
Anyone prepared to accept the dog's need for exercise and coat maintenance will be well rewarded with this breed.

In conclusion
If you have decided that the Afghan Hound is the dog for you and you understand that this is an animal that always needs to be well supervised, then contact one of the groups listed below: