It's vitally important that you get your puppy vac

END_OF_DOCUMENT_TOKEN_TO_BE_REPLACED

It’s vitally important that you get your puppy vac

END_OF_DOCUMENT_TOKEN_TO_BE_REPLACED

Neutering can prevent unwanted puppies and having

END_OF_DOCUMENT_TOKEN_TO_BE_REPLACED

How to collect a urine sample

END_OF_DOCUMENT_TOKEN_TO_BE_REPLACED

An introduction to vet lingo

END_OF_DOCUMENT_TOKEN_TO_BE_REPLACED

An introduction to vet lingo 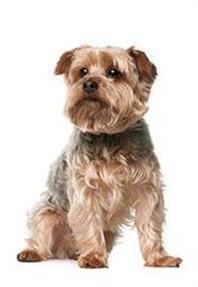 When your vet talks to you about your dog's condition, do you ever get the feeling that he's speaking a foreign language? Greek, maybe? There's a good reason for that—many of the medical words veterinarians use (such as "dysplasia") are derived from Greek. And, sometimes, even commonly heard words don't have clear and obvious meanings. This list of words and names frequently heard in a vet's office is not meant to be exhaustive—we don't have enough room for that—but it might be helpful the next time your vet says...

Addison's Disease: A medical condition caused when a dog's adrenal glands fail to produce enough hormones or other chemicals that regulate his metabolism. Symptoms include weakness, weight loss, anorexia, and fatigue.

Bloat: This extremely serious condition, also known as Gastric Dilation-Volvulus (or GDV), usually occurs when a large amount of food, air, fluid, or foam amasses in a dog's stomach. If the stomach twists, this causes a blockage. Unless the dog receives immediate veterinary care, bloat may be fatal.

Cervical vertebral instability (wobblers): This condition is an abnormality of the cervical (neck) vertebrae in a dog, resulting in neck pain and/or poor leg muscle coordination and weakness.

Congenital: This commonly used term denotes a condition that is present in a dog at its birth. Congenital conditions aren't always inherited or passed on to their offspring.

Cushing's disease: This common endocrine (hormonal) disorder usually strikes older dogs. In most cases, it's caused by a lesion in the pituitary gland at the base of the brain. The result is an overactive adrenal gland(s). Symptoms often mimic those of other conditions, including increased appetite, increased drinking and urination, panting, bulging abdomen, skin lumps and discoloring, hair loss, muscle weakness, and nervous system disorders.

Cyst: A cyst is a sac of fluid or semi-solid substance. Though cysts are usually not serious, they can, on occasion, be malignant. See your vet if you discover a growth on your dog.

Demodectic mange: This mite-caused skin disease causes hair loss, mostly on the head and front half of the affected dog.

Estrus: This is the proper medical way of saying a dog is "in heat."

Hip dysplasia: This potentially crippling disease causes arthritis of a dog's hips. Dysplasia (literally: "bad growth") results in abnormal development of the hip joint. Breeds like German Shepherds, Rottweilers, and Golden and Labrador Retrievers are genetically predisposed to the disease.

Idiopathic: When your vet says that your dog's condition is "idiopathic," it means that it has no known cause.

Inflammatory Bowel Disease (IBD): The cause of IBD is still a mystery, though many vets believe that it is a result of a dog's immune system attacking particles of tissues in the digestive tract. It may also be caused by food allergies. Common symptoms include diarrhea and vomiting.

Lacrimation: Lacrimation is the secretion of tears. Excessive lacrimation may be caused by allergies, irritants, blocked tear ducts, a corneal ulcer, or a wound. If you notice that your dog appears to be crying too much, take him to the vet for an examination.

If your veterinarian uses words or phrases that you don't understand, ask questions. Vet lingo shouldn't be a mystery—it needs to be clearly understood by dog owners. After all, the more you know about your dog's condition and treatment, the better off your dog will be.